To be honest, I’ve been meaning to write this post for a really long time. But, I just couldn’t bring myself to do it. So when I decided to go ahead and write it today, I felt a little bit weird about posting something so “negative” during the happy holiday season. We’re all supposed to be making gingerbread cookies, buying gifts, and living in a holiday bliss right now, right?

Holiday grief and sadness is so real, y’all. I felt that writing about this would not only help bring healing and closure to what I’m feeling, but also encourage any of you who might have gone or are going through something similar. That said, here goes!

At the end of May of this year (2017), Cody and I found out that we were pregnant and could not have been happier about it. Within a week, I was SUPER sick! But happy, because pregnancy sickness, ya know? A couple of weeks went by and (thankfully) we were able to get a quick appointment in with my doctor. At that point I was 8 weeks along.

When we went in for that appointment, we went ahead and had a sonogram done. We could see the baby there, alive, and we could see the heartbeat and everything. But something was just off. I could see it all over the doctor’s face.

She told us that even though I was 8 weeks, the baby was only measuring at 6 weeks and the heartbeat was unusually low. Still, this isn’t something that’s unheard of in pregnancy, so she remained positive. She put me on a dosage of progesterone to help the growth of the baby.

But then she walked me through the process of miscarriage, “just in case”. And fear overtook me. At that time, having a miscarriage was my absolute greatest fear. Not being able to carry my little one to term hurt my heart more than anything, and I was terrified of losing the baby.

A week later, on a Friday evening, I started having some light bleeding. At that point, deep in my heart, I just knew. And I cried….a lot. My family (who already knew we were pregnant) and husband tried to encourage me, because bleeding during pregnancy isn’t totally uncommon, either. But I just knew.

The next day, Cody and I went out to eat. After lunch, I started bleeding quite a bit. At that point I 100% knew, and there was no chance. I was having a miscarriage. I was facing my biggest fear, right then and there, and I had no say in the matter. There was nothing I could do to stop it. I prayed and prayed and prayed that God would reverse it, make it stop, save my baby. I spoke to my little one and told him/her to “hang in there”, to be strong, to try to survive (haha), as if that was even a possibility.

It was a Saturday, so our only option for seeing a doctor was the ER. They told us that if I was having a miscarriage, there was nothing they could do. So we decided to wait until Monday to see the doctor.

That Monday, we went in and it was confirmed that the baby no longer had a heartbeat. That moment was the absolute worst. Hearing those words…”I’m not finding a heartbeat”. Even though we already knew, knowing it officially was so heartbreaking. Walking out of the doctors office in tears, empty handed, and in a heck of a lot of physical and emotional pain, seeing all these other hopeful women further along in the waiting room, joyful and anticipating the birth and health of their little one, while I came out empty handed. It wasn’t fair. I prayed. Where was God? Why didn’t He answer my prayer? Why was it so easy for them, when I had tried so hard to do everything right?

But it didn’t matter. I had no choice. I had to go through it.

And then the physical HORROR began. I won’t go into all of the details because TBH, man, it was intense and pretty graphic. But the short version is that it took over a week of the worst pain of my life (literal child birth contractions for hours each day), a trip to the ER that took an entire night, more horrible pain and bleeding, and finally a surgery (D&C) to get rid of what my body couldn’t get rid of. Y’all….it was no joke. I know that not everyone typically has a 2-3 week miscarriage like I did, but MAN. No one prepares you for the physical side of it!

Dealing With The Grief

This has to be one of the most heartbreaking things I’ve ever been through. Sometimes it feels like what I would imagine losing your child in the grocery store would feel like. One minute, you’re walking through the store with your kiddo, the next, they’re no where to be found. Thoughts start flooding your head. “Where’s my child? Who’s taking care of them right now? Are they completely on their own? What if they never come back? Who will feed them? Who will give them shelter? How can they survive on their own??”

That panicky, heart-sinking-to-the-floor feeling. I’m so familiar with it now. Where’s my baby? Who’s taking care of my child? Are they hungry? Alone? Cold? Do they have a place to sleep?

Guys. I know how it sounds. But sometimes that feeling just hits me in the face so hard and the helplessness of not being able to find them or do ANYTHING for them overwhelms me.

I miss my little one SO much. I only knew him/her for 8 weeks, but I feel like we had bonded so much in that short time.

Something that my dear friend said to me during that time was that “I’ll always be a mom”. It’s so true! I’m a mom. I might not have anything to show for it, but I’m a mom. And Cody’s a dad. And we have a little one, somewhere out there. And we miss our little baby so much.

The Positive Within The Pain

What I’m about to say, you may or may not agree with. And that’s ok! Because this is my story, and it was SO real to me. I hope it’ll encourage you who are also going through grief and pain due to loss during this season!

Going through this miscarriage was not in my plan at all. I ate healthy, I rested, I was careful, and I prayed for my baby every single day of my pregnancy. I PRAYED. Why didn’t that save my baby? Where was God? Why would God allow my family to go through this? Does He even exist???

Here’s the 100% raw truth: going through this really shook what I believe. Who I’ve believed God is this entire time was wrong. He’s not who I thought He was.

I thought He was supposed to answer prayers, keep me from difficult times, and keep my worst fears from becoming realities. But I could not have been more wrong.

Yes, there are partial truths in that. But I experienced something unexplainable through this miscarriage and every day of mourning since then: His sweet, all consuming, deep, loving, SO loving, gracious and freeing presence.

Despite my tears and anger towards Him, He graciously wrapped His arms around me and held me. Just like a Father would. A sweet, loving Father.

I sensed God in every moment during that time. No, it wasn’t fair. No, I don’t understand. But He was there, with me. Like a dear friend, listening to my heart pour out in grief and sorrow. He was there. Several amazing friends encouraged me through that season, my husband was an amazing rock and was there for me the entire time, but nothing could have brought my heart peace like God did. This verse truly came to life during this season for me: “The Lord is near to the brokenhearted” (https://www.bible.com/bible/59/PSA.34.18.ESV).

I don’t know why Cody and I had to go through a miscarriage. No one does. Sometimes I wonder if my little one was actually created and intended for heaven (abstract thought, I know. But it helps me cope). Maybe? Maybe not? The one thing I do know, however, is that God doesn’t take us through these things to watch us hurt. He loves us SO much, and there’s a purpose. He gets to reveal His amazing presence during the tough times (if we will let Him). And now, having gone through something like this, I hope I can use my story to encourage you through whatever tough time you’re going through.

You will get through it, friend. Even if it’s your greatest fear becoming reality. You will make it through strongly. You will be on the other side one day, and you will have a story to tell.

If you’re going through a miscarriage, loss, or difficult time in general, please email me (here on the contact page) and I’d love to chat with you and encourage you however I can.

And if you made it this far, thank you SO much for listening to my story! I love you guys 😘 You’re such a treasure! 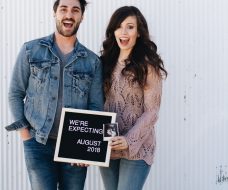 We’re Having A Baby! 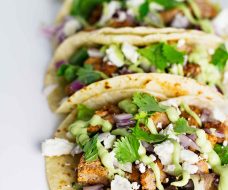 What To Eat During The First Trimester (Not Your Typical List) 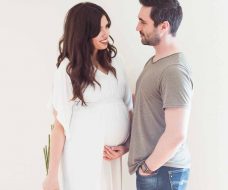 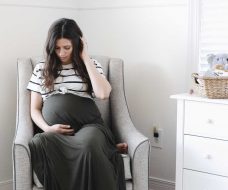 How We’re Preparing For Baby 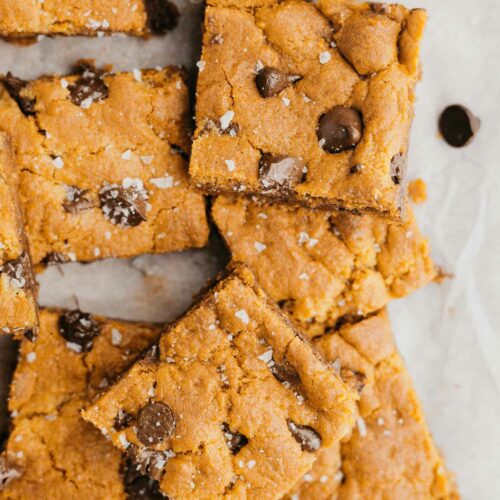 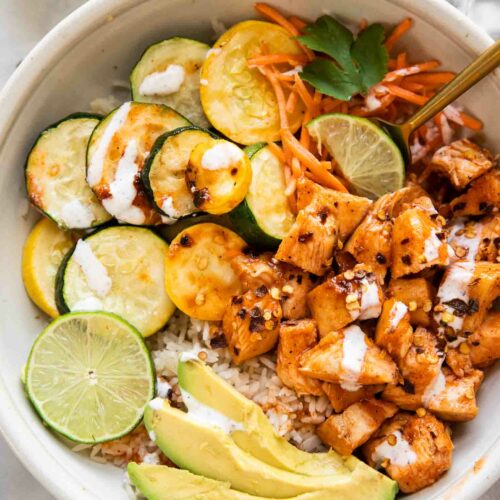 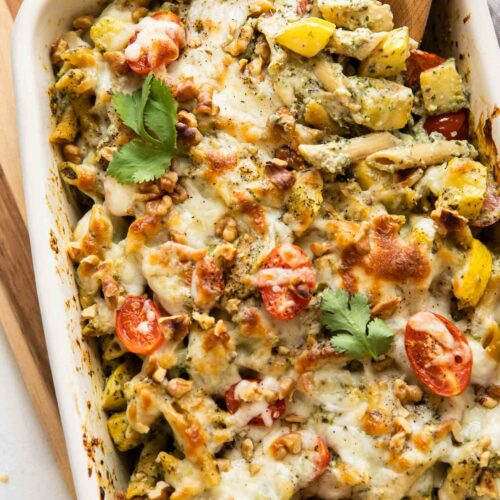 August Things: Back to School Recipes!